In the beginning, two hydrogen atoms paired with a single oxygen atom to establish the triplet structure—H2O—called water. Among all the nutrients that humans consume, water is, as one scientist described it, the "indispensable nutrient" on which all forms of life depend. Water is the most abundant substance on Earth and in the human body, accounting for approximately 70% of total body weight. It carved the Grand Canyon and gently cradled you in the womb.

Throughout early history, life on earth existed in a natural environment with abundant water supplies from rain, unpolluted springs, streams, rivers and wells. Water was relatively pure, containing only moderate amounts of naturally occurring substances. That was then.

Since the Industrial Revolution, and especially since World War II, we've dumped all kinds of chemicals into the environment, almost universally contaminating our precious, life-sustaining water supplies. The function of water is impaired when these toxic chemicals are introduced into your system. Your health declines as your body becomes a chemical cesspool. 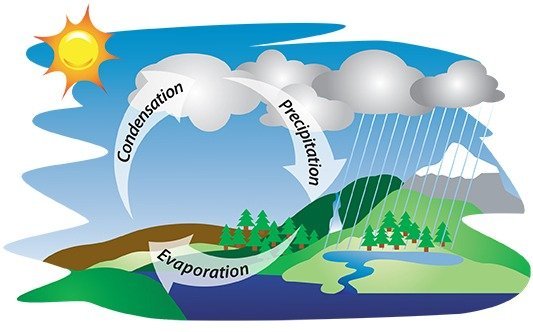 Faced with the complex problems of pollution, we turned to nature for the wisest and safest solution. Water in its purest form is found in the vapor that rises from the Earth's surface, leaving behind any contaminants it may have collected. This process of evaporation, condensation and precipitation is known as the Hydrologic Cycle. Distillation simulates this process, turning ordinary tap water into clean steam vapor which is condensed, then passed through an organic coconut shell filter to get nature pure drinking water. This technology effectively removes bacteria, parasites, herbicides, pesticides, heavy metals, and a whole list of synthetic chemicals and industrial pollutants.